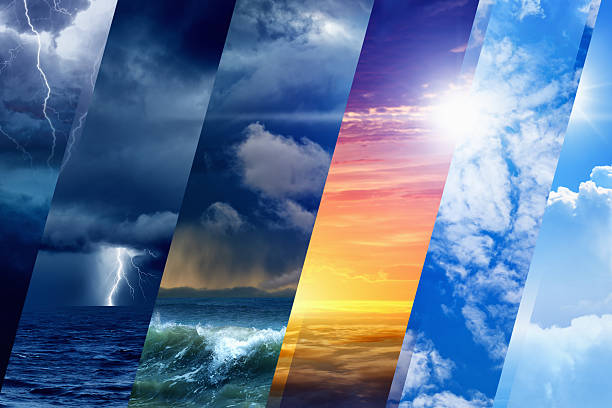 Meteorology is the study of the Earth’s atmosphere and the variations in temperature and moisture patterns that produce different weather conditions. Some of the major subjects of study are events like precipitation (rain and snow), thunderstorms, tornadoes, hurricanes, typhoons, and Nor’easters.

The outcome of meteorological events is felt in many ways. For example, a drought results in water shortages, crop damage, low river flow rates, and increased wildfire potential. In addition, these effects may lead to restricted river travel, saltwater infiltration in aquifers and coastal bays, stress on various plant and animal species, and even population shifts. The impact of weather on human activity has led to the development of the uncertain science of weather forecasting.

The word meteorology derives from the Greek word meteoron, which refers to any phenomenon in the sky. Aristotle’s Meteorologica (340 B.C.) concerned all phenomena above the ground. Astronomy, including the study of meteors, or “shooting stars,” later became a separate discipline. The science of meteorology was restricted eventually to the study of the atmosphere.

The effort to understand the atmosphere draws on many fields of science and engineering. The study of atmospheric motions is called dynamic meteorology. It makes use of equations describing the behavior of a compressible fluid (air) on a rotating sphere (the Earth). One important complication in this study is the fact that the water in the atmosphere changes back and forth between solid, liquid, and gas in a very complex fashion. These changes greatly modify the equations used in dynamic meteorology.

Physical meteorology, or atmospheric physics, deals with several specialized areas of study. For example, the study of clouds and of the various forms of hydrometeors involves investigations into the behavior of water in the atmosphere. The study of radiative transfer is concerned with the fundamental source of energy that drives atmospheric processes, namely solar radiation, and the ways in which radiant energy in general is employed and dissipated in the atmosphere. Other specialized disciplines deal with phenomena involving light (atmospheric optics) and sound (atmospheric acoustics).

Some branches of meteorology are defined in terms of the size of the phenomena being studied. For example, micrometeorology is mainly the study of the small-scale interactions between the lowest level of the atmosphere and the surfaces with which it comes into contact. Mesoscale meteorology deals with phenomena of intermediate size — thunderstorms and mountain winds, for example. Synoptic meteorology is concerned with larger processes such as high- and low-pressure systems and their fronts, and so on up to the study of overall atmospheric circulation for time scales of a few days. Weather forecasting, the predictive aspect of meteorology, derives from these disciplines.

Meteorology vs. Atmospheric Sciences vs. Climatology

Though “Meteorology” and “Atmospheric Sciences” are often used interchangeably, they are not the same. Atmospheric sciences study the entirety of the Earth’s atmosphere, its processes, and the ways in which it interacts with the Earth’s water, landscape, and living beings.

“Atmospheric Sciences” can be considered an umbrella term for all things having to do with the atmosphere. Meteorology is just one sub-field of atmospheric science. What Are the Different Branches of Meteorology?

Besides meteorology and climatology, there are several other branches that focus on weather and climate.

What Weather Instruments Do Meteorologists Use?

Some of the various weather instruments that meteorologists use include:

Thermometers – The standard for measuring air, soil, and water temperatures.

Max & Min Thermometers – These record only the highest and lowest temperatures registered during a specific time period.

Resistance Temperature Detector (RTD) – Digitally determines air temperature based on the electrical resistance of a metal.

Liquid Barometers – Contains an amount of mercury that changes as the atmospheric pressure increases or decreases.

Aneroid Barometers – These contain a fixed amount of sealed air within a flexible membrane. As the membrane expands or contracts with changes in air pressure, a needle points to the correct reading.

Wind Anemometer – The standard for measuring wind speed and direction.

Hygrometer – The standard for measuring humidity, or the percentage of water vapor in the air. Other types include:

Psychrometer – Detects the difference in temperature between a dry thermometer bulb and a wet one to measure humidity.

Weather balloons are launched at least twice a day from over a thousand sites around the world, where they rise to 20 miles above the earth and transmit information about atmospheric conditions back to meteorologists through radio waves. 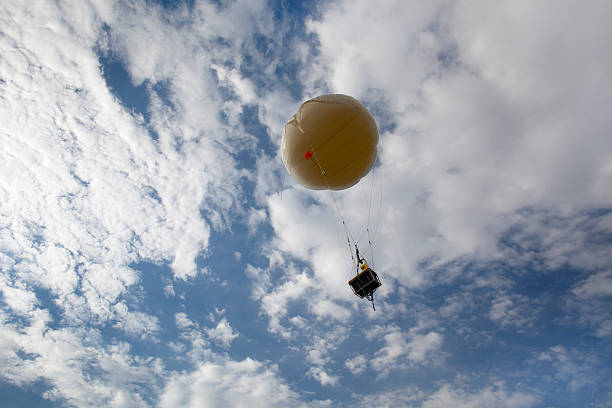 Ever since meteorological satellites began orbiting the earth and the invention of radar enabled these satellites to transmit information back down, long-term weather prediction on a global scale has become increasingly more accurate.

These high-tech tools include:

Other branches of meteorology focus on phenomena in specific locations, such as equatorial areas, the tropics, maritime regions, coastal areas, the poles, and mountains. The upper atmosphere is also studied separately. Other disciplines concentrate on taking observations with technologies, including radio, radar, and artificial satellite. Computer technology is applied extensively, including numerical weather prediction, interactive data analysis, and display systems.

The chemical behavior of the atmosphere, studied in atmospheric chemistry, has rapidly gained in importance due to inadvertent changes caused by humans in the molecular composition of the atmosphere. Changes in ozone (and the ozone layer) and carbon dioxide concentrations, and increased levels of acid rain, have gone beyond the status of local problems to become regional or global issues.

What Are Common Applications of Meteorology?

Be sure to visit www.maximum-inc.com to see our instruments that will help you prepare for any weather conditions right outside your door.